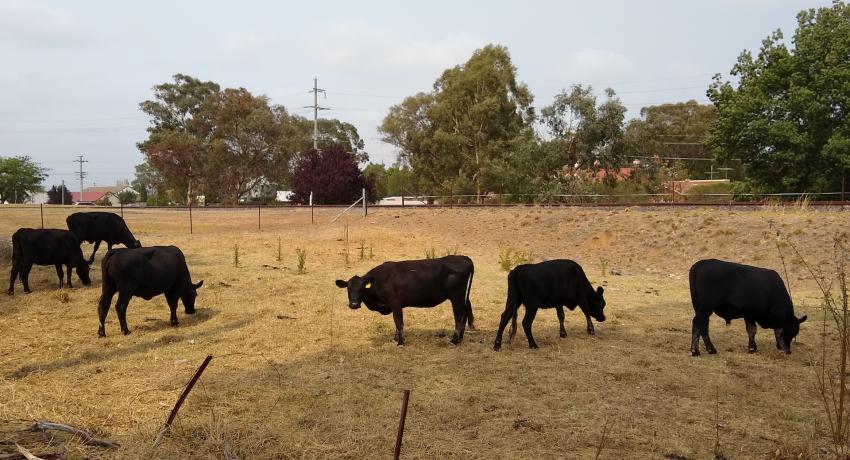 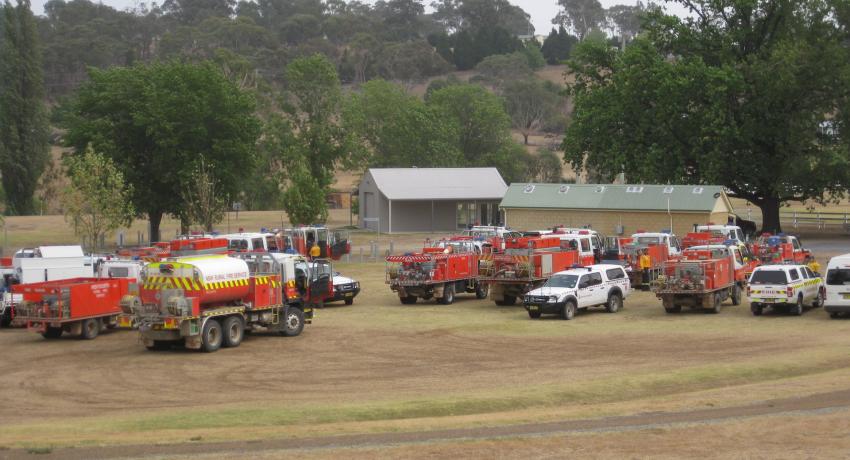 As we were packing the car, I had a chat to the publican and owner of the motel we had been staying in.  He told me that he was about to let his cattle (13 breeding cows and a bull) onto the land beside the railway.  He said TransportNSW let him know if a train is going to be passing through.  He didn’t believe in hand-feeding because it made the animals lazy in trying to find food.  Alright, I thought,  if you’ve got access to the railway.  He had 180 acres on which he had 20 vealers and also goats that were somewhere on the property.  He said he’d keep his breeding stock no matter what because prices for them would be sky high once the drought was over.  I think he’s very lucky and that things just aren’t as tough here as they are further west.

At 8.30 Brian found the Kandos doctors surgery to start a long wait to have the stitches on his right eye lid taken out.  What an ingenious way of supporting the local doctor, we thought.

I went into Rylstone to see if anything was open, but it wasn’t.  However ,I  met Kianey at the back of her car, organising deliveries of her snack-packs and other goodies.  She told me that when she heard about the evacuation last night she filled her car with mattresses and bought them into town, where an empty shop was being used to house evacuees. The Globe Hotel also provided mattresses and some people slept in the bar.  Kianey said sadly one house in the district was burnt down.

I took photos of the fire trucks at the show ground and returned to find Brian still in the waiting room. He was finally seen to by the doctor who praised the quality of the stitching.

At the petrol station, I talked to a chap filling his tank enquiring what he was doing with the huge tank of water on the back of his flat top. He said he was putting out spot fires; people would phone him and he’d get to the fires on his own thus saving the firies. He was very nonchalant about what he was doing, saying “I’m doing this to help because I can. If I ever needed help I know I would get the same sort of help”. Another unsung hero.

We returned to Rylstone to again try to find something to buy.  I successfully purchased a wallet, which I hope will be just right, for cards and money and Brian gave the Phil, who was being interviewed for the TV news about the The Globe Hotel’s response to last night’s evacuations, $70 for a round of drinks for the firies.  The others saw the film clip in that evening’s local TV news , (minus Brian)./p>

Not having any success with Leila’s stated opening time of 11am, we set off for Oberon, via Sofala, Wattle Flat and Kelso.  We stopped just outside Oberon for our last picnic lunch and struck annoying flies, wondering if it had been just too hot for the flies last week.

We found Peter and Tracy Fleming’s pine plantation easily and were amazed by both his huge house (sleeping 13 comfortably) and his 400 hectare property, planted with 35 year old pine trees which have begun to be felled.  The interiors of the house and their Neutral Bay unit, designed by their son, Jonathon, have been featured in “In Style” and “Belle” magazines respectively.  They gave us guided tours of the plantation and the house and afternoon tea.

Darryl and Val left the farm for home, while Pam and Bob, Lorraine and Barry, met us at A Little Taste of Thai in Oberon for our final dinner.  We were grateful that Peter, the owner, opened the restaurant especially for us because, as expected, I was somewhat tired of pub-style food.  Over dinner Pam told us the best story of the trip.  She had purchased a cake in Rylstone to take to Tracy but left it at the motel.  She was desperate to replace it en route to the Flemings’ property but had not passed any cake shops.  When she and Bob stopped for a coffee in Hill End, she spied a cake on the counter ready to be cut into pieces for serving.  She asked if she could buy the whole cake and was told she could but would have to pay the equivalent of the cost of the cake sold in slices – calculated to be a total of a staggering $38.  Done!  But a far cry from the $6 Rylstone cake. 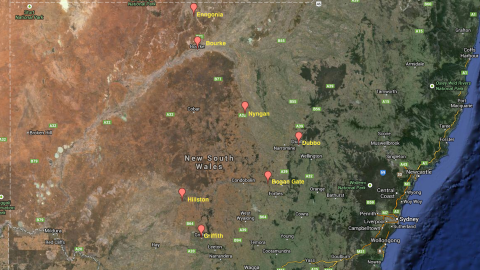